3 Automation Trends With A Big Impact On Auto Manufacturing

The automotive industry has been widely automated for decades and has always been one of the first to introduce new, more advanced tools and machinery. Much of the hardware used has been relatively limited, at least when compared to many of the technologies available today.

The equipment tends to be used for one or two duties, and each build is passed along a production line where separate robotics are used at each point. There’s nothing inherently wrong with this setup, but it's not as efficient as it could be. 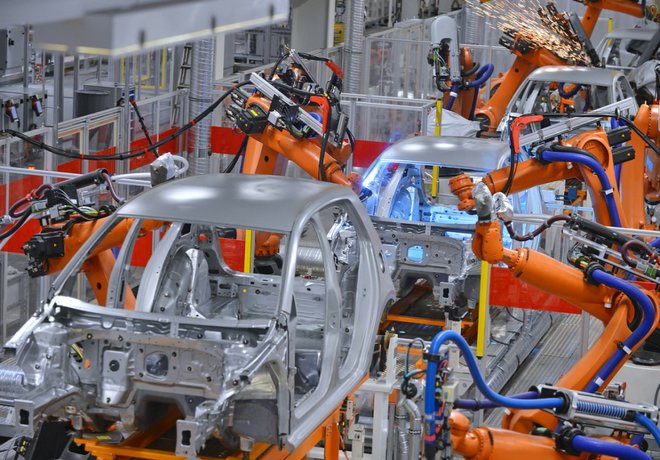 Thanks to a variety of newer solutions — including IIoT, cloud computing, 3D printing and more — the entire manufacturing field is seeing a revolution as it pushes toward full automation. Some of those technologies have made it possible to introduce entirely new strategies. 3D printing, for example, allows for in-house and near-instant development of components, parts and even full builds.

As automation becomes more of a focus, several trends are taking shape.

1. Cobots Are on the Rise

While a great deal of automotive manufacturing and development is automated, there is still a significant human component. Conventionally, robots have always been used for repetitive, dangerous jobs that humans shouldn’t handle.

Thanks to the advanced technologies of today, robotics are now working alongside their human counterparts in a joint effort. These new types of machines are called collaborative robots, or cobots.

BMW relies on cobots to improve the safety of workers in its plants and the quality of goods and components produced. Other companies doing the same include Nissan, Ford — specifically in their Cologne, Germany, plant — and many more.

Additive manufacturing, otherwise known as 3D printing, is becoming increasingly common in the automotive field. What was once primarily relegated to hobbyists and small projects has now been upgraded to create larger parts and components necessary in all forms of manufacturing. The technology is being leveraged to print with a variety of new materials, from concrete and masonry to wood.

The nature of 3D printing, which essentially creates objects layer by layer from the bottom up, will have a huge impact on the way cars are assembled. Advanced forms of welding, such as RF or radiofrequency welding, are often used to merge parts and components more permanently. Welding will always be necessary in one way or another, but 3D printing lessens the need for it in complex builds. What that means is that the resulting components and parts are just as strong, but made in a shorter span. They can be assembled faster, too.

It’s no surprise that the automotive industry has tapped into the technology’s potential to help create and develop a variety of components for modern vehicles. This has been ongoing for years now, as the 2015 Wohlers report stated that motor vehicles constituted 16.1% of the 3D printing market for that year. That number has grown considerably since then.

Companies like Audi now use additive manufacturing techniques to print metal prototypes and spare parts for their vehicles. Rolls-Royce, Porsche and several others are following suit.

As the technology becomes more capable, cost-effective and readily available, additional automotive organisations will incorporate it into their regular manufacturing processes.

Automation is happening at the same rate for consumers, but the difference is that the vehicles themselves are gaining autonomy. Self-driving and fully autonomous cars are expected to be on roadways within the next few years. Some estimates claim 15% of new vehicles sold in 2030 will be fully autonomous.

Of course, the technology has to be optimised and perfected long before that happens. Regulation has to catch up too, not just from a legal standpoint, but also for insurance and user operation.

McKinsey also claims that by 2030, the share of electrified vehicles could range anywhere from 10 to 50% of all new-car sales. Adoption rates are expected to be higher in more urban and dense areas. Cities tend to have stricter emissions rulings and more consumer incentives for going green.

The Automotive Industry Continues to Evolve

Automation, in general, is nothing new to the automotive and manufacturing fields. Technologies have been around for decades to help speed up, optimise and handle some of the most difficult and repetitive duties. Just as modern tech has evolved, so too will the automotive industry.

Cobots can help automate and improve many existing processes, particularly those that still require the human touch. They can also make factory plants and facilities safer and more welcoming to their human counterparts. There’s much talk of advanced robotics and AI replacing workers in the current landscape, when in reality they’re just shifting the way humans do the work.

3D printing can help speed up operations in the same way, allowing for better builds of parts, components and even entire vehicles. As technology becomes more capable, the automotive industry will realise new opportunities.

The entire industry is focusing on driverless technology. Nearly every manufacturer has some form of autonomous driving system, with Tesla being the most obvious. It won’t be long before the rest of the manufacturing world follows suit.